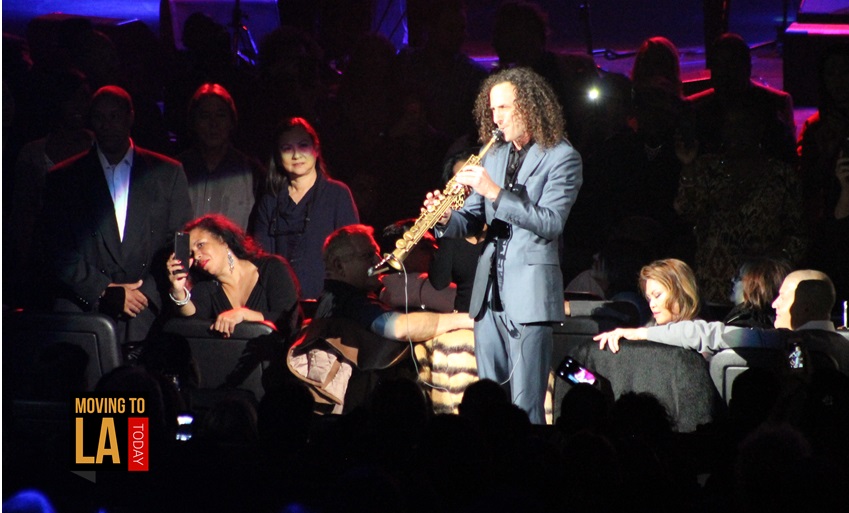 When 94.7 The Wave began promoting it’s 2014 Soulful Christmas concert featuring Kenny G and BabyFace Edmonds, I couldn’t help but smile at the chance to see two of the music industry’s major influencers on stage together. As a guest of  the Nokia Theatre, I was able to participate in one of the most soulful and energetic Christmas celebrations to ever exist.

Brenda Russell opened up the show accompanied by the Perry sisters and she looked as smooth as ever as she performed her 1979 classic hit Way Back When.

Next up the illuminous Kenny G came strolling through the audience as fans rose to their feet to greet him and his magical saxophone. It was awesome to see Kenny G. in all his glory performing instrumental songs that you don’t know the name of because they have no lyrics but you can still hum along just as easily as you would hum We Wish You A Merry Xmas because he’s Kenny G. and he has made that much of an impact on music. Even still, Ron Powell performing a percussion solo that included a sexy tambourine routine really stole the show, making you forget that  you were there to see Kenny.

By the time R&B legend Babyface Edmonds came onto the stage, I was nice and happy and relaxed, feeling like I was in another world. If Kenny G’s music set parted the red sea, Babyface Edmonds was the act that walked on water. When he first appeared on stage crooning This is For The Chill I thought I would lose my mind as I was emotionally teleported back to high school when the biggest goal in life was to be loved one day. He continued to assault my emotions, further reminding me that men should take care of women when he sang- Soon as I Get Home. I forgot all about how when we were young we really had hope for love. How funny to think of it now but Babyface reminds you with every syllable that once upon a time music was about sharing love.

I have to thank 94.7 The Wave for putting together this concert and bringing it to Nokia Theatre during the holidays because being an LA transplant and being so far away from home, just to be there gave me and everyone else a brand new and wonderful holiday memory- LA Style.

Check out our exclusive pictures from the event, shot by  photographer Scott Wengel. 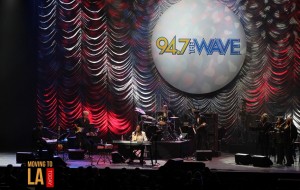 BRENDA RUSSELL performing at the 2014 Soulful Xmas Concert at the Nokia Theatre. 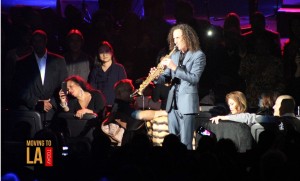 KENNY G. performing at the 2014 Soulful Xmas Concert at the Nokia Theatre. 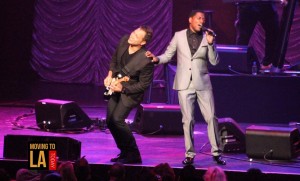 BABYFACE EDMONDS performing at the 2014 Soulful Xmas Concert at the Nokia Theatre.

Can I Move To Los Angeles Without A Car?
How fast did you learn your way around LA?
Moving to LA: Jai From Dallas
Share!
Tweet
Notice: Please check settings of Facebook API in Theme Options -> Advanced

PostSecret’s Frank Warren Wants To Move Back to L.A.

The best-selling author and holder of everyone’s secrets has his heart set on moving his family ...

Have a Hollywood Experience At The Hard Rock Cafe

Of course Los Angeles is known for its endless supply of restaurants, diners, food trucks and d ...