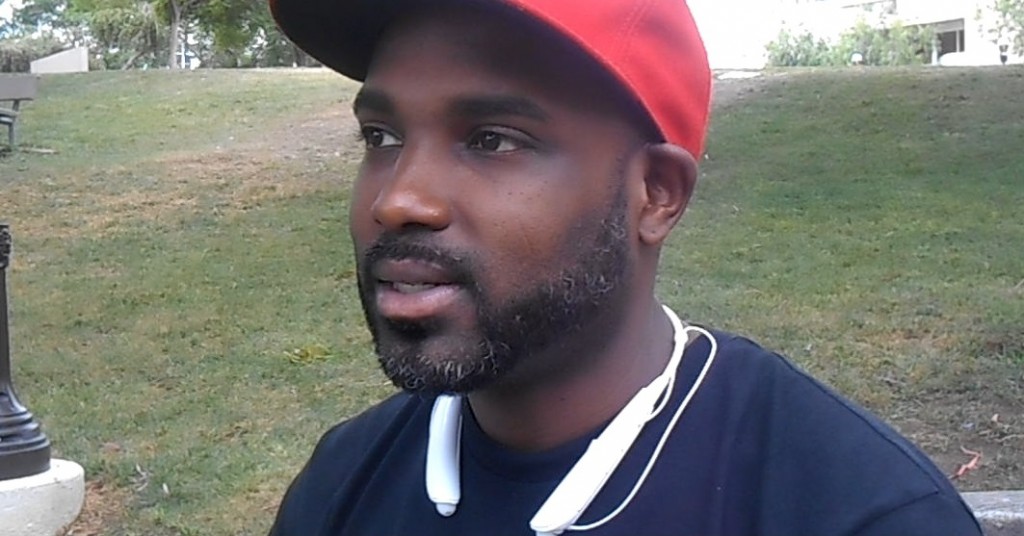 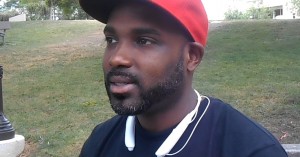 After being forced out of a church because they found out that he was gay, Pastor Curt Thomas decided that it was time to build his own dream. Thomas, who is originally from Pasadena, moved back to Southern California in 2008 after serving as a Youth Pastor for 3 other churches in other states.

Once back in Los Angeles, Thomas was mentored by a multitude of brilliant men of God including Bishop Oliver Clyde Allen. Under his leadership, Thomas set out to achieve a goal that was presented to him spiritually, the development of his own church.

Currently situated in the back of Jewel’s Catch One club, attendees are ushered in onto a red carpet where they pass by walls adorned with photos of local Black heroes in the LGBT community who have helped pave the way for the advancement of LGBT rights in Los Angeles. Standing among those faces, Thomas hopes that his congregation feels the connection that they too can make a difference- with God’s help. 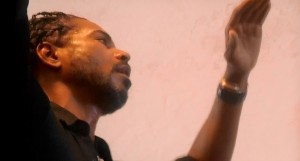 A member worships at The Renewed Church of Los Angeles Sunday Service.

The Renewed Church of Los Angeles has a congregation that is made up of roughly 70% homosexuals and those who identify as having the ability to love the same gender. Although the group is quite welcoming to its homosexual attendees, Thomas claims that sexuality has very little to do with the church’s mission.

Seeing a gay Pastor in the pulpit may ruffle the feathers of those who are a little more conventional yet Thomas claims that his presence is necessary and he is not afraid of any challenges that may arise from his position. The 35-year-old Pastor believes that his church is a link in the chain of an awakening that has been slow in coming.
One of the challenges that Thomas faces as the leader of a majority same gender loving congregation is the need to be sensitive to member’s expression of their sexuality and gender identity.

“I have to be aware of what each person identifies as, like calling them he or she, and address them respectfully,” he shares.

Among Thomas’ congregation you’ll find Jason Strong and Anthony Henderson. The couple has been together for more than 9 years and recently adopted their son Marcellino. Strong is the Elder of The Renewed Church of Los Angeles, a position he likens to being the Assistant Pastor. Strong believes that this church encourages its members to stand in their truth. 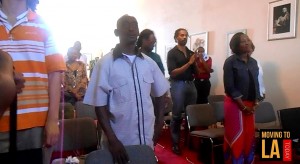 “Many times you have Pastors and ministers and elders and different people in the church who are living double lives or even asking you the old military- Don’t ask don’t tell,” Strong shares. “But the minute that you open your mouth and say this is what you do, that is when they ex-communicate you.”

Pastor Curt Thomas promises that will never happen at The Renewed Church of Los Angeles because of his open door policy of service and understanding to everyone who seeks his guidance. By openly sharing the love he has for his boyfriend, Thomas hopes that the shame associated with homosexuality, especially among those who are devoted to God, will be eradicated.

“My best friend says I make it normal. I think that it is important to embrace who we are but to also make it normal,” Thomas shares. “I am a Pastor that loves God, that loves my relationship with people and loves my boyfriend.”