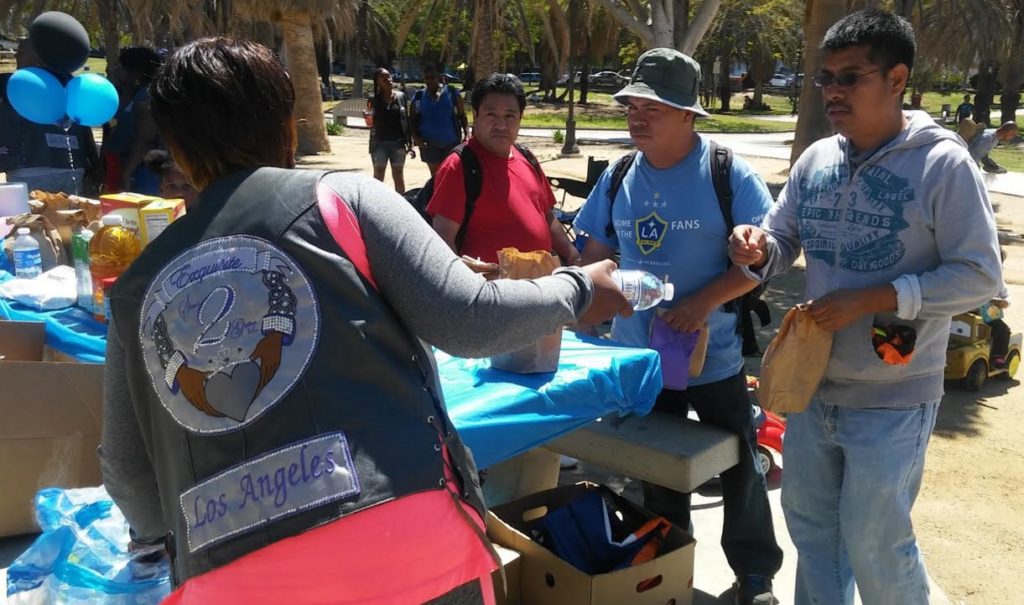 A recent report showed that homelessness in Los Angeles increased by nearly 12% over the past two years. According to the New York Times, Los Angeles has the second worst homeless problem in the nation and I believe I know why.

I moved to Los Angeles in June 2012 with less than $200, no friends or family and no support and I have been documenting my journey on Youtube. Although I came armed with a job waiting for me and significant life survival skills, I found myself struggling financially quite a few times. This led me to discover social resources like food banks, shared housing and community programs that serve the needy. After surviving in Los Angeles for nearly four years I have learned a shocking truth; Los Angeles County takes really good care of its homeless residents.

I know that may be surprising considering that the Los Angeles Police Department has a horrible reputation, but the reality is, there are so many social and community groups dedicated to helping others that a person who is in need can easily find help.

Take a look at this woman named Barbara who offers people a place to sleep at no charge.

People like Barbara are joined by organizations like Thicker Than Thieves and  L.A. on Cloud 9 who offer regular holiday dinners, clothing and activities for children in low-income areas like the Westlake/MacArthur Park area.

When I visited Skid Row and the surrounding areas I learned that civic groups stop by daily to offer hot meals and healthcare. Ask any homeless individual about the resources available and they will give you a run down of where to go to get food, clothing, cigarettes and anything else you could want. While the wait to secure public subsidized housing can sometimes last  years, those years aren’t spent in hunger, at least not in Los Angeles. Los Angeles County attracts and maintains so many homeless people because they offer so many resources and assistance to them.

Los Angeles County cares. The people here see the vast disparity between the wealthy resident who live in the hills and the ones who sleep in tents at the park and fear of winding up like those in poverty combined with a genuine concern for those they deem less fortunate causes them to form organizations that cater to people in poverty.

The sheer number of homeless people in Los Angeles County makes sense because the rental prices are outrageous yet, people with limited funds and a dream still move here hoping to strike it rich in entertainment. They secretly believe that if homelessness is a part of their story then that will be the key to making it big like so many other celebrities. We are also so close to the Mexican border that it is a great place to run to and start over. The advantages of being here are many.

A warm climate which makes sleeping outside less uncomfortable also contributes to the growing population of homeless residents. People living in the streets can earn income by selling wares or using their food stamps to buy and sell food. Many people earn a significant income from recycling cans and plastic bottles.

People also make the trek to Los Angeles to create a dream for themselves because they believe Los Angeles is magic. I have interviewed more than 50 Los Angeles transplants to discover some of their survival skills and be inspired by their life transition stories. After arriving in Los Angeles these transplants learn survival skills that they had never imagined. I once met a man who described how he had come to join a group of people who made homelessness their lifestyle, buying memberships to gyms so they could take regular showers, storing their belongings in public storage units and sleeping wherever they could so that they could use their income for other goals.

Much like The Dust Bowl Migration of the early 1930’s, people tend to move to areas where there are greater economic opportunities. After New Orleans was decimated by Hurricane Katrina, which has been deemed the biggest resettlement in U.S. History, the city’s residents left the barren land to find a new place to settle. If the land is not feeding the people, the people will leave.

The truth is, Los Angeles County is a city that caters to those in poverty so much that they thrive here. Los Angeles County takes excellent care of veterans with housing assistance, social assistance and healthcare. The New York Times even reported that the number of homeless veterans has decreased significantly in the area. The formal government social programs and endless number of community groups that care for the homeless and less fortunate have transformed this county into a haven for those who have come to depend on the kindness of others to sustain themselves.

LOOK: 3 Guys Loving Life In North Hollywood
The First Thing You Should Do In Los Angeles
Why Haven't I Made Any Friends In Los Angeles?
Share!
Tweet
Notice: Please check settings of Facebook API in Theme Options -> Advanced