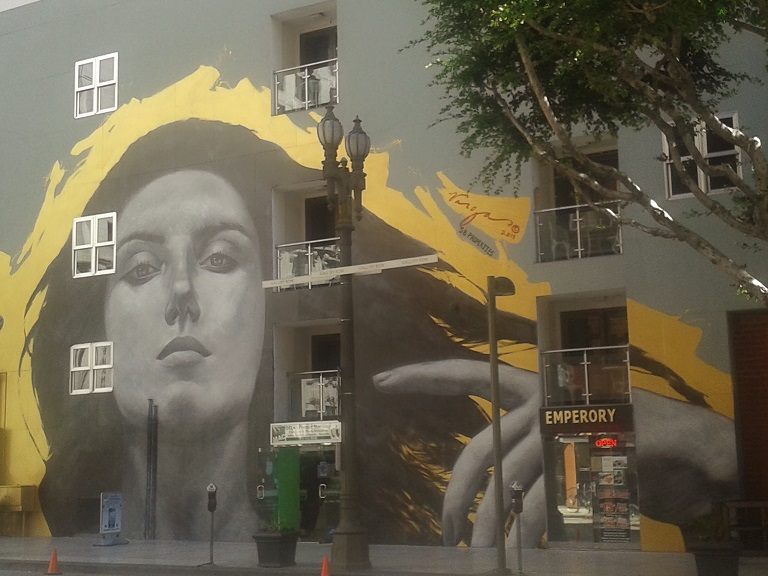 Before I moved to Los Angeles I asked as many people as I could what the people in Los Angeles were like. One person stood out to me as she warned, “When people say they are going to do something with you or for you, try to get them to do it right then because if they don’t do it then, they won’t do it.”

I was a bit confused by that but I kept it trucking and moved to Los Angeles. Within a week through a chance meeting I met someone who I thought would be awesome to interview for my web series about moving to Los Angeles. I approached him and he said he would do it. He sent me to his assistant and we exchanged contact information. Two weeks later I was still hearing back from her, but being put off.

Eventually I just let it go wondering why someone would say YES when they really meant NO.

Then someone forwarded me this definition for The California No.

[box] The way rejection tends to be handled by Californians, who are sunny in disposition and less brusque than East Coast residents. Instead of bluntly saying “no,” Californians say no by avoiding the question, forgetting to respond to emails, and generally postponing the issue. The best way to give a California no is to do nothing at all, as opposed to saying it outright.[/box]

Then I began to understand as I met people that the people in Los Angeles are simply trying to be POLITE by saying YES when they really mean NO. I was a bit taken aback at first but then I got used to it. Now, if anyone says they are going to do something, I don’t believe them and I don’t become upset when they live up to their cultural norm.

I won’t hurt your feelings by telling you that I never want to see you again so I’ll just say YES and ignore you later. K?

Is Los Angeles A Good Place to Live?

Moving To LA Is Like Going To A New High School

If you’re wondering what moving to moving to LA is going to be like, I’ll tell you. ...

Any Job Is a Good Job in Los Angeles

While many of the 58 counties in the state of California sadly proclaim unemployment rates of 1 ...