HomeLA State of MindHomelessness Is Freedom According to Skid Row Resi ... 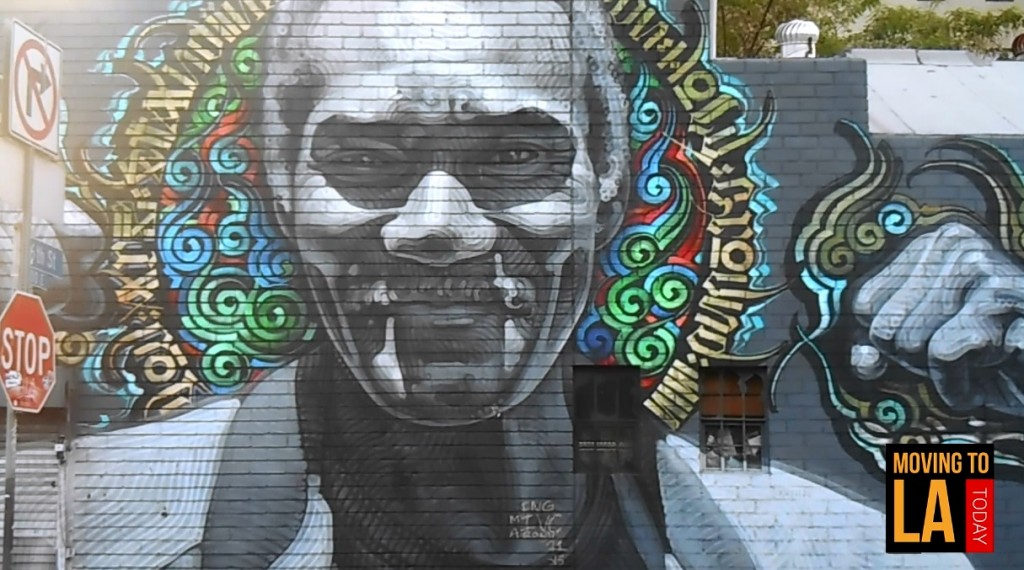 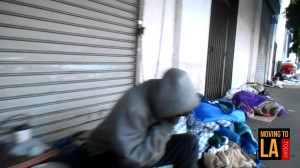 Downtown Los Angeles is changing. It’s growing up and so are its residents. Once dilapidated buildings are being renovated to make room for stylish loft apartments while trendy food trucks are expanding and opening up their first brick and mortar concepts in the midst of what some would call the most unsavory place in Southern California; Skid Row.

Although notorious for attracting the perpetually homeless and drug addicted, the area near 5th Street and Central Avenue isn’t really a place to be avoided at all costs,  and the reasons may surprise you. It seems its residents are taking ownership of their roles in creating this community as one Skid Row resident explains that this area represents freedom for the thousands who congregate here each evening to set up camp, sleep and mingle. He also explains why there is very rarely a desire to move on.

The self-confessed homeless man, who identified himself as “C-Bone”, offered a guided tour of the Skid Row community as well as a raw description of the mentality behind the people who have created a lifestyle for themselves under the hood of homelessness.

Offering an insight into the homeless mentality that may not have been expressed before, C-Bone shared that people who take residence on Skid Row actually do so by choice. In an on-camera interview C-Bone explained that most Skid Row residents have enough income to afford homes but instead choose to live on the streets for several general reasons.

Watch the full interview below:

Interviewer: Te-Erika Patterson – Journalist who explored homelessness from the inside by giving away everything that she owned and becoming homeless on purpose during The Rebuild Your Life Project.

Subject: “C-Bone” Alias. Self-described homeless man in his 40’s who lives on Skid Row. Expressed that mental anguish led to his homeless state.

Te-Erika: (Video pans various tents and make-shift shelters on the sidewalk) What’s this that we’re looking at?

C-Bone: This right here is, people who decided to stay outside. They stay pretty close to the areas that they are feeding like the Fred Jordan Mission down the street feeds. Most of these people, they prefer to be out here because they want to drink. They want to, you know, get high and do their thing.

Te-Erika: So why do they choose to live out here?

C-Bone: Because some people have addictions and they fight different spirits and they choose to have pleasure than be responsible as far as society views as far as a house and a car payment, work a 9 to 5. A lot of people would rather have their freedom as far as to get high and no responsibilities, no accountability. All they have to do is watch out for the police and make sure they don’t get arrested. So a lot of people choose freedom, their freedom and their right to do what they want to do, opposed to, like I said, having a house, a car. You get what I mean?

C-Bone: So freedom is a big thing. A lot of the people down here, a majority of the people, they get like SSI (Social Security Benefits) like $900 to $1200, some people get $13-1400 per month and that is more than enough to afford a studio apartment or a one bedroom. You get what I mean?

C-Bone: Pay all your bills. So a lot of people, you gotta understand, some of them hit rock bottom, but a lot of people, they have a percentage of people as well like I said, they choose to live here.

C-Bone: This is the Fred Jordan Mission. They renovated it.

C-Bone: This is a good mission people come to get meals and they have different Christian based programs and drug treatment programs but they cut that part. The man who had the vision, he died recently now it’s more corporate and so now they are going to use the rooms that they renovate for people who are looking to like seminary type of stuff. People who come from other countries and want to get into the ministries and be preachers so they are going to use that for that type of work right now and it’s sad because it’s still a lot of people down here that need help spiritually. So it’s kind of sad that they are doing that. They still feed. On the weekends they give food, like canned foods out per day. And they do have a meal per day but you have to come to the church service and after you finish the hour to 90 minute church service they will feed you. But it’s a good place on Sundays they usually have other churches come in and they’ll do the church service and then they’ll have like a barbeque, they’ll give like a barbeque burger- good food. So they feed good on the weekend.

Te-Erika: Do you think spirituality is important to people who live in this area?

C-Bone: (Walking down the street where residents gather just before dusk) Now, like I said, Tuesdays and Thursday sometimes is known as Vice Night. Police be watching and jumping out on people, arresting them. And it’s a shift change around 5:30-6:00. So the officers that are going back to the station who are getting off, they don’t want to go in empty handed so they be really on it trying to arrest somebody or trying to see something so this is a weird time down here, you know what I mean? It’s weird. That’s why people are moving around a lot. And then the businesses are closing so therefore, people can break out their apparatus, if you know what I mean- their drug paraphernalia right now because the businesses are not watching as much.

Te-Erika: So we’re in the heart of Skid Row right now?

Te-Erika: And Skid Row is not just a street, it’s an entire area. Is that correct?

C-Bone: Yes. It’s like a couple mile radius. Some areas are better than others.

Te-Erika: Why do you think this area is so appealing to people who are homeless?

C-Bone: Because, that’s what I’m saying, you get in where you fit in and you can blend in. Like for instance, if I were doing drugs I would go get in the middle of 10 people that are doing the same drug but I would get in the middle and if something jumps off I would have a chance. Makes sense?

C-Bone: So they come down here so they can blend in and do their thing, especially if you are doing a heavier drug like heroin because you know you’re always nodding and leaning, looking all crazy. The whole world can tell you’re doing heroin- a heroin addict. You can see it. It shows. So if you’re doing heroin you’re going to come around 20 to 30 people that are doing heroin. Makes sense?

(Looking at picture of man smiling on mural)

C-Bone: He’s a homeless guy that’s been down here for years and they decided to take a picture of him because it’s a nice gesture, it’s a nice thing to do and he’s got that triumphant posture there, pose, like he’s winning.

Te-Erika: Do you know who actually created this mural?

C-Bone: Yeah. But see they shoot a lot of commercials and films right here like every couple of months they have a film crew. There’s something about this warehouse they like as far as doing movies that’s inside or something.

Te-Erika: Let’s talk about the people who actually live down here like this gentleman that you say you know, you’ve seen. Do you feel like they are happy within themselves? Or do you feel like you see the majority of America look at homeless people and think oh they are so depressed, that they are not really human, that we should feel so sad for them. How do you think people down here who are actually living here how do they feel about life?

C-Bone: Well, it’s a choice. Life is a choice. And they are down on themselves because of society views. But society looks at homelessness and these things differently. But if you actually want to just- some people their addiction is before everything. Their alcoholism, they want to drink and it’s before everything. My neighbors, my family, my friends is not going to accept someone drinking every day or doing drugs every day so they frown upon it so therefore they come to a place where everybody is doing it. It’s still frowned upon- don’t get me wrong, but at least I can go into my little tent or go somewhere down here and do my thing. I blend in.

Te-Erika: So they are choosing that they want this to be the main part of their lifestyle and that is why they are in this community, correct?

Te-Erika: Do you ever see people who live down here actually leave and go and become a part of society?

C-Bone: Yeah. That’s a good guy over there with his shirt off. That’s my boy right there. He do everything. He go get his. He has took him a good heroin about an hour or two ago out here. He’s feeling good, got his shirt off. I remember he was in the bathroom the other day butt naked, going– Ahh Ahhh! Looking at his- I don’t know. He spazz out really bad sometimes. He’s a great guy, very, very intelligent. He got his degree in something. This guy is one of the smartest, intellectual men you will ever meet in your life and he’s down here and he chooses to do his thing.

C-Bone: (Pointing to man on sidewalk) That’s my buddy right there. He’s done like 40 years in prison for murder. Yeah. He was locked up for almost 40 years. He’s been out for a few years. So like him, in his case he pretty much doesn’t know how to function in society because he missed the 70’s, the 80’s, the 90’s and most of 2000’s. So, he don’t know where to start as far as a job and so many things have changed. You know what I mean?

Te-Erika: So he has to make himself a home somewhere and it happens to be right here.